The Grand Final of Eesti Laul 2019 is set, and it’s without too many surprises or shock eliminations. In fact, it’s one of the most passive semi final rounds ever. Even a couple of my favourites that failed, there’s no compelling reason they should have progressed. Even the reason of “I liked them”, as compelling as that can be, it isn’t enough this time. 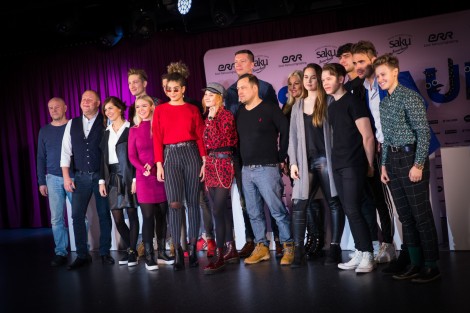 The first four progressed with a combination of jury and televote, while the next two were from a new round of voting by televote only. While Stefan and Inger were not in my top 6, they were always favoured to progress. Of my two that missed out, Johanna Eendra with Miks sa teed nii? wasn’t strong enough, especially vocally, and the male backer used was too intrusive. Still, as a youtuber that got a gig on Eesti Laul, she can be proud. The other miss, Ranele with Supernova, was a bit more of a surprise. She performed well and Supernova was a great song. Then again, who do you take out? There’s no case to be made against any of the qualifiers.

Without the wonderful Kadiah and Kerli Kivilaan progressing, it would have been a painful ending to the show after Grete Paia – who’s always been a favourite of mine – missed out with Kui isegi kaotan. It’s her third attempt at Eesti Laul and the first time to miss the final. She didn’t do much wrong other than not stand out from the pack. Perhaps she over-sung a few of the bigger notes at the end, and perhaps viewers weren’t impressed when she set her hand on fire. Who knows!

Iseloomad with Kaks miinust was my other miss – and to be expected. The lead singer had abysmal camera and microphone skills (held it like a TV reporter would) and lacked any charisma. The video and audio sync was strangely way off during the selfie filming part of the song too. If they were amateurs as I suspect, it clearly showed. Curiously, three of the four women progressing all wore beige, while Inga was in white. Grete was in black. Just saying!

Sorry, it’s not my sort of music.

Starts off strong, ends up weak. It only qualified courtesy of Sissi being the daughter of co-winner in 2001, Dave Benson. Curiously, after 20 years in Estonia, he doesn’t speak Estonian. His daughter does, which probably helped ingratiate herself with the locals.

It starts with great potential with a nice folksy nature, and then just doesn’t do enough for me.

This was quite catchy and so inoffensive. While I’m not sure it deserved a finals spot over Grete Paia, I can live with the fact Inga is there.

A reasonable song that picks up nicely at the end. Mostly it’s about Sandra’s super sweet vocals.

This was one of the songs that I considered for the top 12, unfortunately unable to separate from a few others. It’s quite catchy with a cute instrumental bit, and Emily J (sounds like a pro wrestling name) performed well.

This was a nice surprise to progress, and always a pleasant listen. It’ll probably end up near the tail in the final as it doesn’t do enough. There’s no big moments.

05 The Swingers, Tanja & Birgit High Heels In The Neighbourhood (7) 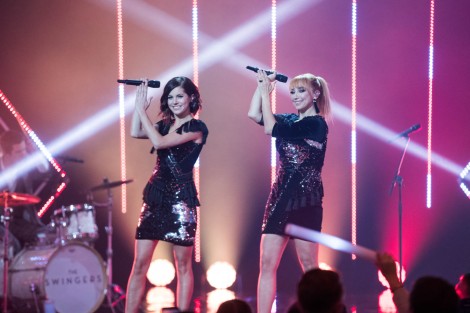 That’s the official form of their name too, and reads as though Tanja & Birgit are swingers. Example: The sisters, Kerli & Triinu, went to lunch today. The Swingers with Tanja & Birgit is the correct way. I digress. While it’s not quite the music I expect from Birgit, this separate project of hers delivered a bubbly performance, even if this sort of music isn’t quite your thing. 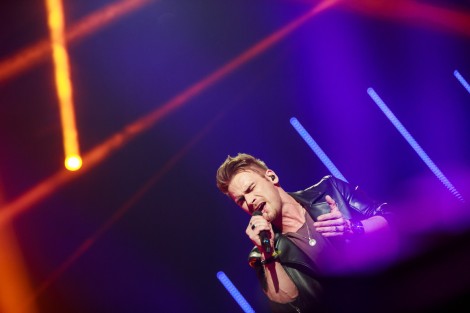 Always a certainty from the second semi, as it’s such an engaging song with power vocal sections, and let’s not forget the pretty boy factor of Uku.

One that’s really grown on me, and one that was presented really well. I was always curious about Kerli’s vocals in a song that is quite soft in spots, and she delivered. In presenting it, she simply sat on a stool and sang with a band – perfect! The stage was quite open and there were minimal effects, and many acts seemed to get lost on it. One solution to make the stage more active is to add people! 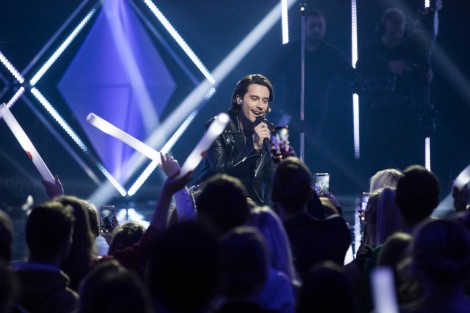 A clear stand out from the first semi with a rousing chorus and an excellent performance (especially of him in the centre of a storm), even if much of it seems modelled on I Won’t Back Down by Tom Petty. In fact, the line “(we’re still) safe and sound” sounds identical to “stand my ground”. I had Victor and Uku at 8 and 4 in my preview, and I’ve switched them around now.

The best story from any national final so far this year is Kadiah with Believe. She’s tried twice before to enter Eesti Laul without success, and finally made it after initially thinking she missed out again. Those crazy Estonians changed their method of announcing the candidates and when all appeared forlorn for Kadiah, she was announced without warning on the selection show. She wasn’t even watching; a friend called her.

Quite simply, Believe is one of those classic beautiful songs that appear from nowhere, and you can never explain them. Kadiah presented it beautifully too. Her quiet, quirky vocals all add up up to a haunting and emotional experience. When her name was called to the final, she cried. She’s really living the dream, and I had a tear in my eye as well. Let’s see if she can go all the way.

I think Kadiah can win it! The key will be Victor Crone and Uku Suviste making the super final with her. Those are very similar songs in style and performers and could share the same constituency of votes, leaving Kadiah to scoop up the rest. Believe!