In contrast to the more interesting semi final 1 of the Eurovision Song Contest, the jury show for semi final 2 had a distinct feeling of “seen it all before”, while those we hadn’t seen before didn’t really set the stage on fire, at least not figuratively. Some made a few strange decisions with props, potentially harming their chances to progress to the final, while one tampered with their song by adding a long pause, and that created confusion more than improving the song. It would be a disaster if it were used in the recap. 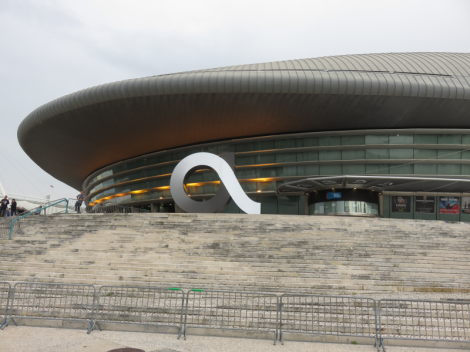 Get ready for Eurovision! Altice Arena in Lisbon. Much like the city itself, it’s so barren of signage you wouldn’t even know Eurovision was on.

In contrast to the first semi final jury show, there were more people, albeit still quite spartan. Notable were the hordes of Australians, who, along with Spanish fans, might have the greatest numbers here. What is it with Australians that they like to travel half way around the world only to hang out with other Australians? We are a people that like to make sure everyone knows our presence, so congregating in large groups could be an extension of that. Needing to noticed probably stems from our distance and isolation from the rest of the world. Those on the floor would also manage to summon Jessica Mauboy to the front of the green room to shake hands. Not sure many other nation’s would do that, and again shows that congregation mentality and need to be noticed. 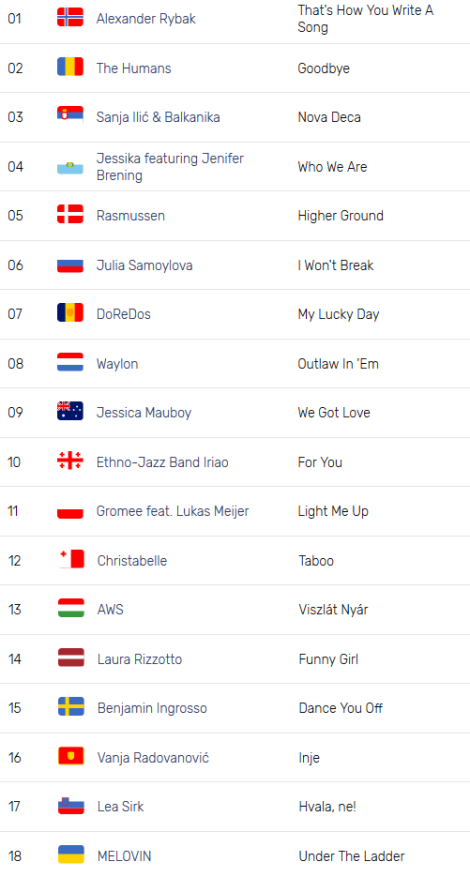 Other than Montenegro really presenting well, there wasn’t really much that stood out. Serbia provided some impact, while San Marino, the epitome of “trainwreck charisma”, was as engaging as it was bizarre, and provided the funniest Eurovision moment ever. I couldn’t stop laughing so much that I missed the last minute of the song. Moldova brought some really clever originality and executed well.

Ignoring a prop or two, or extra effects, many of these acts brought very similar presentations from their national final. They were Norway, Romania, Denmark, Poland, Hungary, Latvia, Sweden, Slovenia and Ukraine, so even if you love the song, it’s doubtful you’ll get much more out of it here. Of the unseen songs, Netherlands seemed ok. I missed much of it because I was entranced by watching Russia’s Julia Samoylova being wheeled up the stairs and into her place in the green room. After all the whinging Aussie feedback against Mauboy for the past week, she was fine. Sung well, presented well, the dress is fine and so are the dance moves. Malta probably tried a bit too hard.

Watching Russia being set-up on stage seemed so undignified for Samoylova. From there, it was all a bit messy. The other 3 songs directly to the final, Germany, France and Italy, I wasn’t even that interested in seeing so left early.

A special category for Georgia because that was 3 minutes of pain.

It’s a tricky semi final because nothing really said “take me, I’m yours”. I’d back Norway, Denmark, Australia, Moldova and Ukraine as certain qualifiers. Sweden is perennially popular so should be fine. San Marino will be either be hit or miss. Please be a hit! Georgia has no chance while I’d have grave concerns about Russia. The rest are either way.