Sound Of Silence is the title of Dami Im’s song to represent Australia at this year’s Eurovision Song Contest, and it could also be the apt description for the farcical announcement of Dami as our representative. Instead of a dedicated TV show with a live performance of the song and an interview with Dami that you’d expect for such major news, it was a laughable web-stream on Facebook.

Being promoted as an “event” on their Eurovision page, SBS couldn’t even put the announcement on the correct page, with it ending up on their general page. Obviously many fans missed seeing it. If that wasn’t bad enough, the stream looked like it was shot from a balcony on a phone. Not that there was much to it see. Conchita Wurst, during a concert at the Sydney Opera House, announced Dami Im, whom then sung Waterloo. Like we haven’t heard that song sung a million times before by a million people. Ho hum. Dami was already well rumoured to be the candidate in the immediate days prior so there needed to be much more buzz to the announcement. After all, it was an “event”. A week later the video for the song was released on a Friday morning. Obviously! 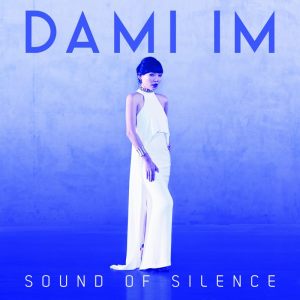 The only passable forgiveness of this process is that most countries with internal selections handle it similarly: announce the artist first, then eventually the song. Sometimes there’s many weeks separating the process, which actually makes a low key announcement acceptable. Since Australia had the two announcements so close, it should have been a grand, more respectful affair of a live TV show. Eurovision needs to be promoted as a serious platform, with serious musicians. Don’t treat them as an afterthought.

After the debacle of the artist announcement, hopes were high for the song – possibly too high. Sound Of Silence is a rather formulaic ballad, with a repetitive chorus, and seems designed to showcase Dami’s impressive vocal abilities more than being an example of interesting or unique song-writing. It’s a contrast to 2015 when Guy Sebastian, after the deflating experience of him announced as Australia’s first ever Eurovision competitor, released something quite catchy. After five listens of Sound Of Silence, there’s nothing that really engages with me. It’s only the early verses where you can really hear the captivating softer tone in Dami’s voice that you know there’s potential. Otherwise, from then on, it’s a bit too “produced”, and the compressed audio of a youtube clip makes Dami sound too high pitched for my ears. It’s real appeal will be as a live performance – on the Eurovision stage – where Dami can showcase the full volume in her voice and her charisma.

It should be disclosed that until the name of Dami Im was circulating by her fans in social media as a possible 2015 candidate, I’d never heard of her. I checked a few of her songs and was pleasantly surprised. Since then I bought her album Heartbeats from a bargain bin (in there because it’s old, not crap!) and enjoyed it. I’d call myself a passive fan of Dami, so it would be more interesting to see how her fanatics – the Dami Army – regard Sound Of Silence compared to her best stuff. I know I’ve heard better from her. Her Facebook page is the usual fawning stuff, while the theme on the SBS Eurovision Facebook page is a great voice, song is a bit bland and repetitive. It’s actually refreshing to read Australians appraising Eurovision songs. That was always one of the main benefits of Australia competing – that we begin look at Eurovision for the music, not for mockery or ridicule. Now we wait for Eurovision, where I expect Dami Im to make the final.

Many complaints online about Dami Im were more about the process than the result. Those new to Eurovision should note that many countries do have internal selections. This year alone it’s over a third of them. Australia can’t have a national final for the primary reason we are still too immature as a Eurovision nation. Most established artists, as do most of the nation, think Eurovision is a joke. Even our two candidates so far, you can read a slight skepticism in their body-language in interviews before leaving Australia. There’s simply no great clamour to be at Eurovision, and the only worse fear of a lowly Eurovision exit would be losing a national final to an amateur.

It’s no coincidence that both our Eurovision entries have been reality TV stars. So, too, was Anja Nissen, who was almost our 2015 representative, and Bella Paige, our 2015 Junior ESC representative. They are already used to heavy scrutiny and don’t have massive egos. Eurovision is also of much more benefit to them than for an established star. With Sony Records, again, sponsoring the entrant, that leaves very few options to find even one artist, much less a smorgasbord for a national final. Then there’s the cost, of which SBS, a public broadcaster, would need to fully cover. They don’t have the money. The best we could ever hope for is the selected artist perform a few songs from which the public could decide.

Should Australia be in Eurovision?